INI founder Udaka Michishige is a descendant of the Udaka Clan, serving the Matusdaira feudal lords in Matsuyama, Shikoku as Noh actors from 1712 until the beginning of the Meiji period.

In Matsuyama, Michishige has an okeikoba training space, where INI members also train intensively. Regular performance events in Matsuyama include Shinonome Noh and the Matsuyama Shimin Noh. The Shinonome Noh is an annual Noh and Kyogen event taking place at Shinonome Jinja, a shinto shrine located on the hill dominated by Matsuyama Castle. Michishige has collaborated with Shinonome shrine cataloguing and restoring the vast Noh masks and costumes collection.

This year’s Shinonome Noh performance will take place on April 4th (Monday) from 14:00 (gates open at 13:30), and will feature the Kyogen Fujimatsu and the Noh Tamura. INI member Diego Pellecchia will sing in the chorus (in the program he is listed under his Japanese name, 高谷大悟 Takaya Daigo). Tickets: 2000yen. 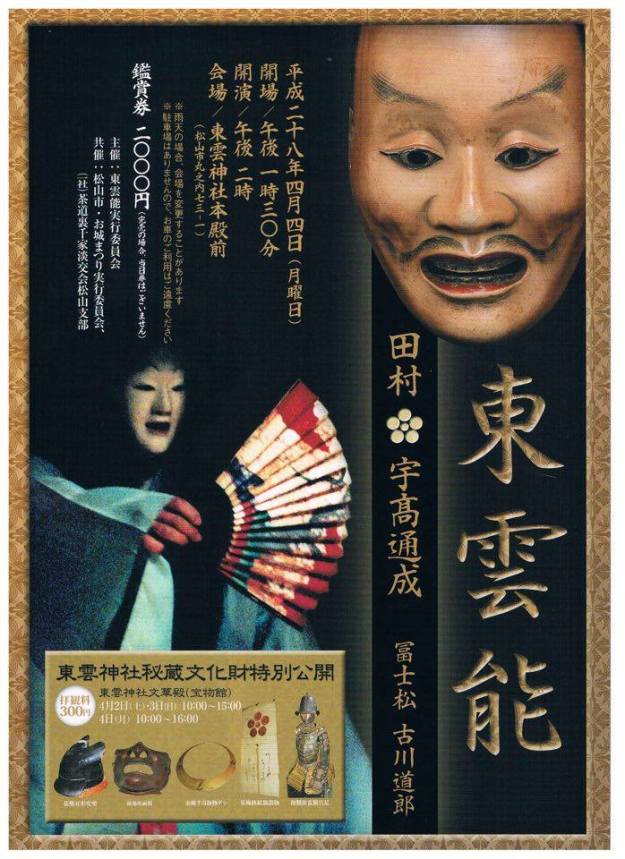 Tamura tells the founding myth of Kiyomizu Temple in Kyoto in the early 9th century. Having defeated a rebellion in the East lands thanks to the divine intervention of the Bodhisattva Kannon, General Sakanoue Tamuramaro became a benefactor of the temple. The first half of the play, set at Kiyomizu temple in spring, is characterised by the images of cherry flowers in full bloom. By contrast, the second half describes the battle between Tamura’s army and the rebels, ending with words of praise for Kannon. 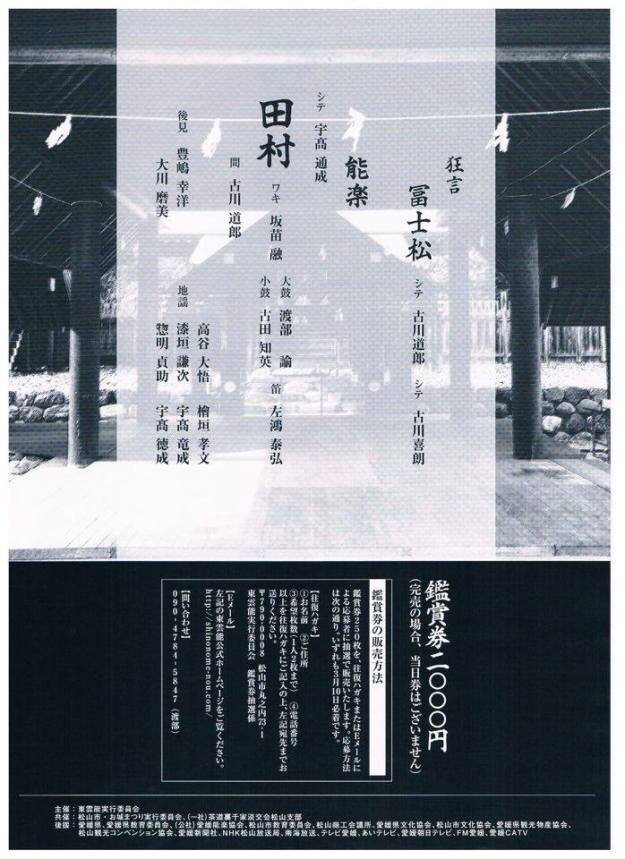